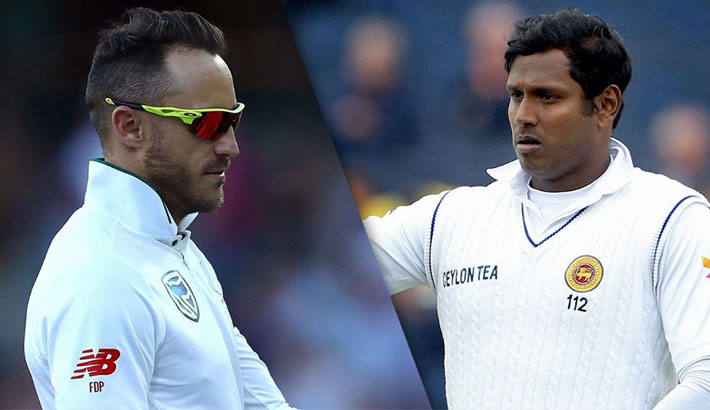 Sri Lanka's tour record in South Africa does not make for pretty reading. Out of 10 Tests in the country, eight have been lost. Of those, half have been innings losses and one a ten-wicket defeat. Only three Sri Lanka batsmen have reached triple figures (Thilan Samaraweera achieving it twice in the most recent tour), and the island's best seam bowler, Chaminda Vaas, could claim only 11 wickets at 47.45 in eight innings.

Muttiah Muralitharan perhaps has the best South Africa record, with 35 scalps at 26.02, but then he was, you know, Murali.

Maybe it is because of this litany of woeful returns that South Africa are upbeat ahead of their summer's sole series. They also quite clearly have a superior pace attack, a savvier batting order, the more proficient fielding unit, and probably better haircuts, faster cars and higher thread-count bed sheets.

And yet, there is hope in the visitors' camp - not all of which is the mandatory-but-misplaced pre-series bravado. They think they've unlocked something special in the past six months. They think they have a skilled middle order. And they think their attack, if not dominant or destructive, is at least decent (as long as the quicks can stay fit).

And yet, for all that, it is the hosts who look likely to come out of this tussle sweeter than a glob of Faf du Plessis saliva. The pitch may tend to be slow at St. George's Park, but the two result matches in the ground this decade have been thumping South Africa wins - over Australia and New Zealand. When the final scores are totted up, it may be said that the likes of Kyle Abbott, Kagiso Rabada and Vernon Philander just confer too great an advantage at home.

It is up to this young Sri Lanka outfit to spring a great surprise.

Three Tests away from 100 now, Hashim Amla did not have the happiest of tours in Australia. He did not reach fifty in five Test innings in the country, and was also the lead figure in the frowniest cricket press conference of the year, in Adelaide. He now faces the prospect of reclaiming form against a team he has sometimes struggled against. His average against Sri Lanka is 36.81 - his lowest against any opposition, save for Zimbabwe, against whom he has only played one innings.

Dhananjaya de Silva is only five Tests into his career, but the hopes for him are many. He was the top scorer in a bowlers' series against Australia and, for now, averages more than 60. If he emerges from this match and this tour with credit, whatever the results in the series, Sri Lanka will feel much more secure about the team's future.


South Africa appear unlikely to spring any major surprises in their XI. Faf du Plessis has already confirmed three quicks and a spinner will play - Rabada, Abbott, Phlander and Keshav Maharaj most likely forming the attack.

Sri Lanka's batting appears settled, but the make-up of their attack is more difficult to predict. Nuwan Pradeep and Rangana Herath are sure to play. Dushmantha Chameera and Suranga Lakmal appear likeliest to join them, but Lahiru Kumara has also made a strong case for inclusion with three wickets in the tour match.

Ground staff have left extra grass on this surface to prevent it from breaking up, but the Port Elizabeth winds may dry it out as the match goes on.

There is a chance of showers on day two, but the weather is expected to be warm and fine otherwise.    —Cricinfo