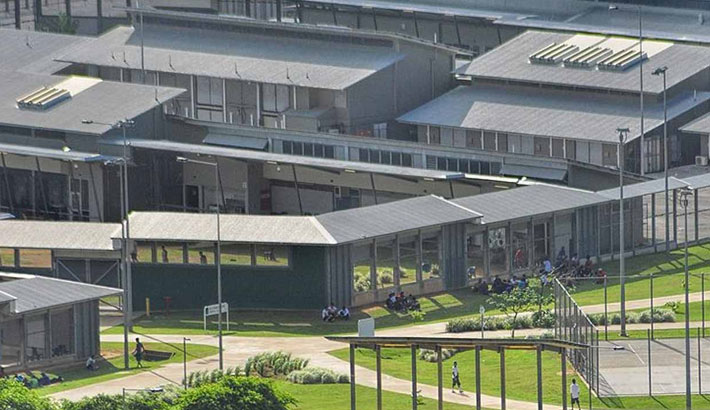 SYDNEY: A Sudanese refugee held at an Australian offshore detention camp has died after a “fall and seizure”, officials said, with the incident reportedly sparking a protest at the controversial facility, reports AFP.

The 27-year-old, named by refugee advocates as Faysal Ishak Ahmed, died in a Brisbane hospital in eastern Australia after being flown to Queensland from Papua New Guinea’s Manus Island, the immigration department said Saturday.

“A 27-year-old Sudanese refugee has sadly died today from injuries suffered after a fall and seizure at the Manus Regional Processing Centre,” the department said.

“The department is not aware of any suspicious circumstances surrounding the death.”

An immigration spokeswoman added in a statement sent to AFP Sunday there was a “disturbance involving a group of residents in the mess area” of the detention centre following Ahmed’s death.

There was minor property damage but no reported injuries, she said. The disturbance had since ended. PNG police were not immediately available for comment.

He told AFP asylum-seekers had protested after his death, with guards temporarily withdrawing from the compound.


Ahmed was the third man held at Manus to die in almost four years.

Iranian Reza Barati died during a riot in February 2014, while compatriot Hamid Khazaei passed away in a Brisbane hospital in August of the same year.

Canberra sends asylum-seekers who try to reach Australia by boat to remote camps in PNG and Nauru. They are blocked from resettling in Australia even if found to be refugees.

Conditions in the camps have been widely criticised by refugee advocates and medical professionals, who say some asylum-seekers suffer from mental health problems due to their prolonged detention.

The government last month inked an agreement with Washington to resettle some of the refugees in the United States.

But it is unclear how many would be eligible and if the incoming Donald Trump administration—which has vowed to tighten immigration—would honour the deal.

Australia agreed in August to close the Manus camp following a PNG Supreme Court ruling in April declaring that holding people there was unconstitutional and illegal.