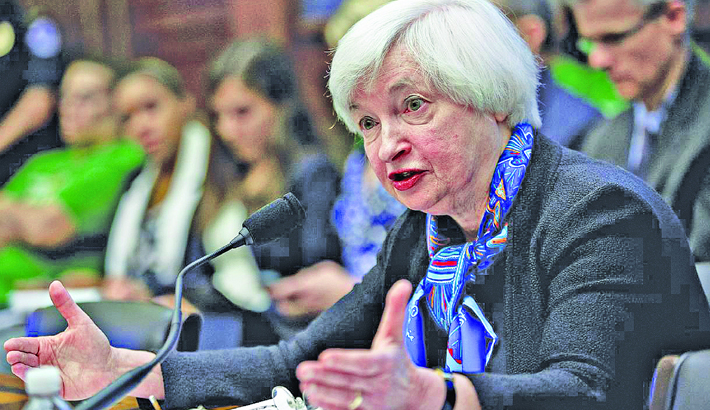 Officials just a few weeks ago were looking at a move by their July 26-27 policy meeting. That now looks highly unlikely and a move at subsequent meetings becomes less likely, too, at least until it becomes clearer how events in Europe will affect the U.S. economic outlook, reports The Wall Street Journal.

Officials made their uncertainty apparent in a brief statement released Friday morning after the vote.

“The Federal Reserve is carefully monitoring developments in global financial markets, in cooperation with other central banks, following the results of the U.K. referendum on membership in the European Union,” the Fed said.

“There will be a period of uncertainty and adjustment following this result,” Bank of England Gov. Mark Carney said in a broadcast Friday as markets swooned.

In Frankfurt, the European Central Bank said it is monitoring financial markets and is ready to supply cash to banks if needed. It said eurozone banks are resilient. In Tokyo, the Bank of Japan signaled its preparedness, saying it “will take appropriate measures as necessary.”


The Swiss National Bank intervened in currency markets to arrest gains in the Swiss franc, a haven currency in times of turmoil. In Asia, Singapore’s central bank said it is prepared to step in to stabilize the Singapore dollar and prop up the banking system.

The most important development from the Fed’s perspective is a sharp rise in the dollar, which rose 3 percent against a broad basket of currencies before retreating as U.S. trading commenced.

The strengthening dollar is in effect a policy tightening for the U.S. that hurts exports and puts downward pressure on import prices. Stock-market declines and the global flight from risky assets add to this tightening effect. That is partly offset by falling bond yields, which move inversely to prices, which hold down U.S. rates on other types of borrowing such as mortgages and business loans.

“The U.K. vote to exit the European Union could have significant economic repercussions,” she told Congress this week. A so-called Brexit would “usher in a period of uncertainty” and fuel volatility in world markets. “That would negatively affect financial conditions and the U.S. economy.”

If it becomes clear the U.S. economy has been lastingly and adversely affected by the U.K. decision and the Fed’s forecasts for modest growth and a rise in inflation are seriously downgraded, it is possible the Fed could cut U.S. interest rates, moving them closer to zero. However, the Fed’s first instinct is likely to be to take a stance of delay and watchful waiting.

Some Wall Street economists reduced U.S. growth estimates in the wake of the decision, but not by much.

The Fed in December moved its benchmark federal-funds rate from near zero to between 0.25 percent and 0.5 percent. Central bank officials released projections last week showing they expected to raise the rate by a half percentage point by year’s end, though they have never committed to a specific timetable.