Olivia Munn has got it all 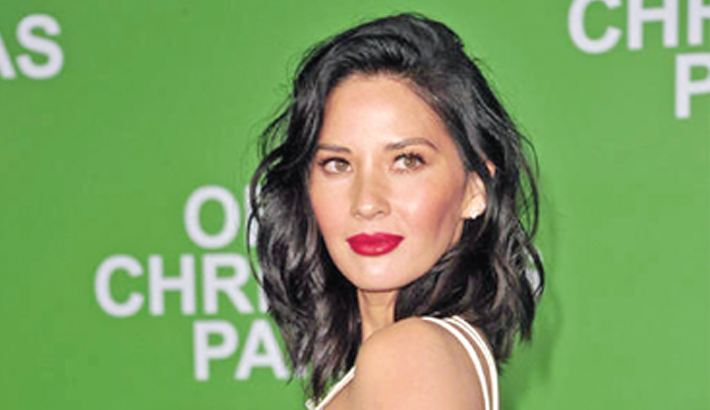 Munn stars opposite Bateman in festive ensemble comedy 'Office Christmas Party'.  With brains, beauty and wit, it’s easy to see why Olivia Munn has become one of Hollywood’s fastest rising stars in recent years.
In Office Christmas Party, the journalist turned actress holds her own as part of an ensemble cast which includes seasoned comedy stars, Jennifer Aniston, Jason Bateman and Kate McKinnon.
The film sees Munn play Tracey Hughes, the head of tech at Zenotek's Chicago branch, a firm which is facing having it’s Christmas party cancelled after failing to meet its quarterly quota.
Jason Bateman leads the cast as the firm’s boss Josh Parker, whose not only facing problems at work, but is also trying to get his divorce finalised before the Christmas holidays.
Speaking about his co-star, whose credits have included everything from ‘The Daily Show’ to X-Men: Apocalypse, Bateman described Munn as having ‘it all’.
“Olivia has a real sort of comfortable, easy presence about her,” the actor said.
“She’s got a really good sense of humour, nothings too precious about what she does or says and she doesn't take anything too seriously.”
With brains, beauty and humour, Munn is a real triple threat and Bateman had a lot of fun working with the actress, who also happens to be incredibly talented.
“I think guys are attracted to a beautiful woman with a great sense of humour and she’s incredibly talented,” Bateman gushed.
“You look for something to say that is not perfect but she’s got it all, she’s a lot of fun to work with.”    —Contactmusic