Priyanka to star in gangster drama 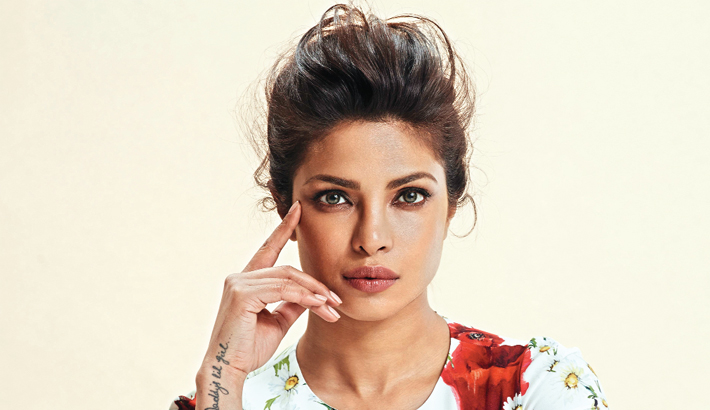 Priyanka Chopra has confirmed that she has signed two Bollywood films. However, there has been no any official confirmation about the two big projects which PeeCee has signed but grapevine buzzed that she will star in Sanjay Leela Bhansali’s  female-centric project which is based on female gangster while same say she will play the lead role of Amrita Pritam in SLB’s Sahir Ludhianvi biopic ‘Gustakhiyan’.

A source close to the development told, “Priyanka has met and discussed scripts with seven Bollywood directors over the last four months. She is being very selective as her calendar is choc-o-bloc till 2018 since the chance of 'Quantico' getting a third season is high”. Chopra will be meeting Bhansali shortly to discuss the project. The source added, “Priyanka will meet Bhansali again at his office next week and is expected to sign on the dotted line in February. The duo has been discussing scripts for the last one year. They’re very fond of each other”.

Bhansali, who is is currently busy with his period drama ‘Padmavati’ has two other projects lined up, one being ‘Gustakhiyan’.

The ‘Quantico’ actress has returned to India after hectic shooting schedule in the US. Priyanka has been appointed the Global Goodwill ambassador by The United Nations Children's Fund (UNICEF) and in India, today she will be officially appointed as the brand ambassador of Assam tourism.    —Bollywoodmantra