Munmun back in business 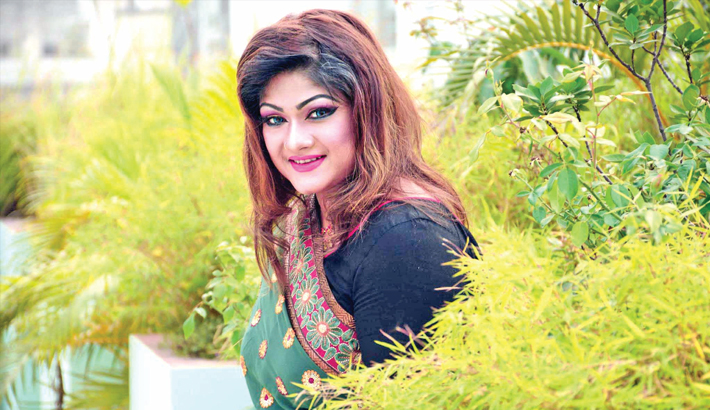 Putting an end to a long hiatus, celebrated actress Munmun has staged a stylish comeback in acting through working in two feature films.

Besides, the actress has recently finished the shooting for Bayanna Theke Ekattor, directed by Delwar Jahan Jhantu, and Kasar Thalai Rupali Chand, directed by Danny Sidak. Munmun is very proud of working in the films as both the films have been made on government grants.

“I am very proud of working in two films of government grants at a time and hope the film buffs will also enjoy them,” said Munmun.  Munmun first acted in Moumasi of Ehtesham in 1997 but her debut film was Ajker Santrashee of Jibon Rahman.  She paired up with Bappa Raj for her debut film and she then worked in Lankakanda of Sheikh Jamal opposite to Jewel.

The last Munmun starrer film is Kumari Ma directed by Babul Reza. The film was released in theatres across the country in 2014. Munmun has so far worked in at least 86 films and really most of them were super hit, generating huge box office earnings.