Senior citizens suffer as relevant laws left in the lurch 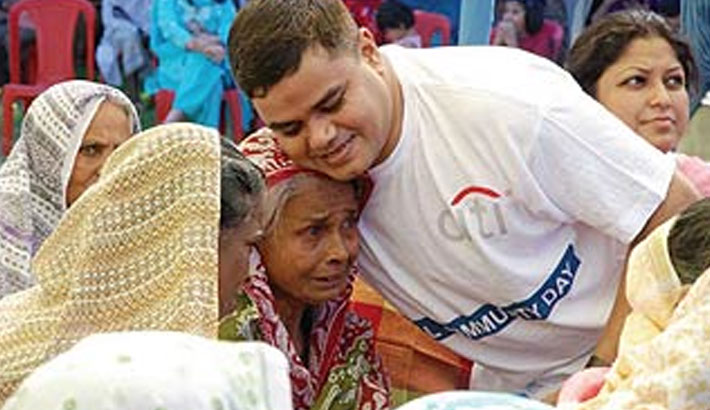 Despite formulation of the National Policy on Older Persons in 2013 followed by work plans to provide necessary facilities for senior citizens and ensure their rights, there is no progress in sight to this end so far due to bureaucratic complications, reports UNB.
Another law, the Parents’ Maintenance Act-2013, was enacted to ensure elderly parents’ rights and their welfare, and this too has seen little implementation.
The necessity of such a law was felt when a 70-year-old woman, Jahrunun Nesa, was beaten up by her son on a street in public over a land dispute at Alipur in Faridpur district town last week.
Experts and rights activists said many elderly people like Jahurunun Nesa are being subjected to humiliation and torture, but they do not take the issue to police out of affection for their children and in fear of social stigma. “I think the rights of elderly people are hardly taken care of though these senior citizens made tremendous contributions to the country and society during their young time. They deserve a greater attention and care both from the state and society,” said National Human Rights Commission (NHRC) chairman Kazi Rezaul Hoque.
Amid such a dismal scenario, the International Day of Older Persons will be observed on Saturday (Oct 1) in the country with the theme ‘Take a stand against ageism’.
Social Welfare deputy secretary Niranjan Debnath said there are 1.30 core older people of above 60 years of age in the country.
Of them, he said, 31.5 lakh are getting Tk 500 each month as old age allowance, and the number of the allowance recipients will gradually be increased.
Niranjan said the ministry also formulated a work plan last year in the light of the National Policy on Older Persons to provide the senior citizens with various facilities, including ID cards, health cards, and reserved seats and tickets at reduced rates during their travel in buses, trains, steamers, health access vouchers, saving schemes, accommodation. Asked how much progress they have made in implementing the work plan, he said their ministry has given letters to all the ministries concerned and it will gradually be implemented.
In his research, Sazzadul Alam, a teacher of Jahangirnagar University Anthropology department, identified 12 types of vulnerabilities— lack of social dignity, economic crisis, accommodation problem, illness, falling health, physical assault, mobility problem, emotional vulnerability, recreation problem, family burden, far from relatives and food crisis—that are faced by the elderly people in Bangladesh.
Sazzad who conducted research as a Brac consultant and completed it on December 31, 2015, said the elderly people are getting isolated or alienated from their family members and, as a result, they live alone and face the problems on their own.
He said the elderly population needs economic support, including food, clothing, medical care, and housing as well as cultural one.
Besides government initiatives, Sazzad said, NGOs should give a serious attention to the older person’s issue. NHRC chairman Rezaul Hoque said elderly people, especially women, are very vulnerable group in the country. “We need to give much focus on how to protect this vast number of vulnerable people and ensure their rights.”
He lamented that the National Policy on Older Persons Parents’ is not implemented due to bureaucratic tangle while the Maintenance Act-2013 for lack of its rules and regulation and mass awareness.
Rezaul Hoque said elderly people are hugely being subjected to various repressions by their children and others.