Do not become angry 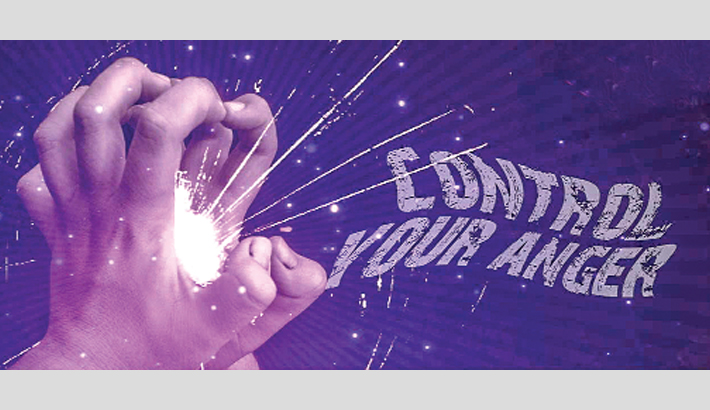 Al-Hafiz Ibn Hajar said: “The meaning of the phrase ‘Do not become angry’ is to avoid the things that cause anger and not to be exposed to which provokes it.” (Fath-al-Baari). It is a natural and intuitive emotion that human beings have been given as a means of self-defence against threats. When expressed in a healthy fashion, anger can display productive and protective results, yet its uncontrolled use leads to destruction. Abu Darda (Ra.) narrated: “I said, O Messenger of Allah (Pbuh), tell me of a deed which will earn me admission to Jannah (Paradise). Prophet Mohammad (Pbuh) said, “Do not get angry, and Paradise will be yours.” (Saheeh at-Targheeb at-Tarheeb).
When we feel that we are not understood, that our desires cannot be attained, that our expectations have not been met and when we sense a threat or act of aggression against our values or our loved ones, we feel as though we are in an impasse; when we are obstructed from reaching an important goal, we become angry. Allah, the Most High, mentions as one of the qualities of the Muttaqeen, the Almighty-conscious, that control their anger. According to Holy Qur’an, “Those who spend (in Allah’s cause) in prosperity and in adversity, who repress their anger, and who pardon men, verily, Allah loves the doers of good.” (Sura Al-imran: Ayat 134).
Aristotle says, “Anyone can become angry. That is easy; but to be angry with the right person at the right time and for the right purpose and in the right way that is not within everyone’s power and that is not easy.” In the ancient Japanese folktale, a confrontational samurai once asked a Zen master to tell him what heaven and hell were. The master, in a belittling tone responded, “You’re a donkey. I can’t waste my time with your kind.” The samurai with his pride hurt and seething with anger pulled out his sword and yelled, “I will kill you for this arrogance!” To which the samurai responded, “See ... now that is hell.”
Sulaiman ibn Surad narrated: “One day I was sitting beside the Messenger of Allah (Pbuh). Two people were continuously swearing at one another. One man’s face had turned red from rage; the veins on his neck had visibly swollen. Upon seeing this, the Messenger of Allah (Pbuh) said: ‘I know a phrase, which when repeated causes the state of anger to pass. If he says, Audhu billah himinash shaytanirrajeem (I seek refuge in Allah from Satan, who has been dismissed from divine mercy) this state shall leave him.’” The companions who were present told this person that the Messenger of Allah (Pbuh) had advised him to say these words. (Bukhari).
The Prophet (Pbuh) never acted angrily for personal reasons. He never raised his voice to his servants or his family members. Anas (Ra.) relates that he worked as the Prophet’s servant for ten years, and not once did the Prophet (Pbuh) say ‘uff’ to him or asked him when he did something, ‘Why did you do that?’ or asked him when he neglected something, ‘Why didn’t you do that?’” (Bukhari and Muslim).
It is narrated by Sulaymaan bin Sarud: “Verily anger is from Satan”, and it is because of this the angry person no longer can deal anything justly, and (s)he speaks falsehood and takes on many blameworthy characteristics and takes into his heart feelings of hatred and malice. The Hadith quoted at the title of this article narrated as: “Don’t become angry, because anger destroys feelings and actions” (Riyadhus Saliheen). May Allah protect us from anger!