‘Purbachal to be developed as first smart city in Bangladesh’ 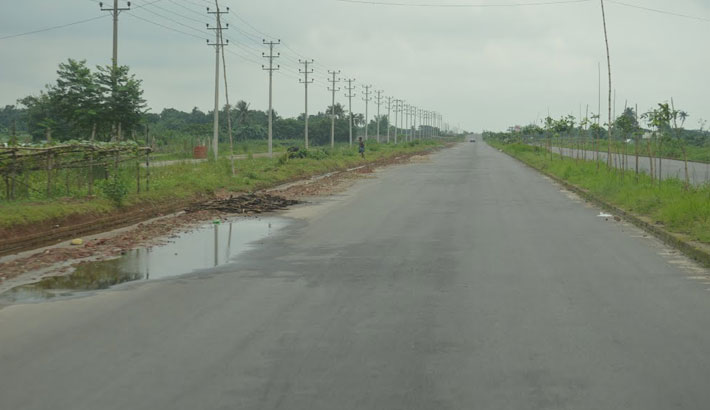 Purbachal new town project, taken by Rajdhani Unnayan Kartipakkah (RAJUK), will be developed as the first smart city in Bangladesh.
“The government has a plan to build Purbachal new town project a smart city equipped with basic infrastructures to give a decent quality of life with clean and livable environment by 2018,” Housing and Public Works Minister Mosharraf Hossain said this while talking to BSS at his secretariat office on Thursday afternoon.
He said that the construction of Purbachal smart city having separate water supply, sewerage system, waste treatments plant and own power production system is expected to be complete by December 2018.
A 142-storey ‘icon tower’ would be built on about 60 acres of land in the new town and the government is completing formalities to float tender in this respect by next two months, the Housing Minister said.
“A US delegation led by a Bangladesh born US businessman has already visited the area and expressed their interest and sought adequate land to make the iconic building,” he said
An official privy to the process said that the core infrastructure elements in the smart city would include adequate water supply, uninterrupted electricity supply, proper sanitation including solid waste management, efficient public transport, affordable housing, good governance, health and education services, sustainable environment, and safety and security of the citizens.
The major goal of a smart city is improving the management and transforming the urban areas. The major technological, economic and environmental changes have generated interest in smart cities, the official added.
Purbachal is the biggest planned township in the country and its project area extends about 6,228 acres of land, divided into 30 sectors, straddled between the Rivers Shitalakhya and Balu in Rupganj Upazilla of Narayanganj district and Kaliganj upazilla of Gazipur district, to the north-east of the capital Dhaka, 16 kilometers from the Zero Point.
The township will be home to over 40 per cent people of the capital by next three years. The project was taken during Awami League rule in 1996 but land development work started in 2004.
The project is under implementation and is already linked to the capital city by a 300-feet wide eight-lane expressway connected to Hazrat Shahjalal International Airport via Pragati Sharani crossing and Nikunja residential area. The total length of the expressway is only 6.8 kilometers.