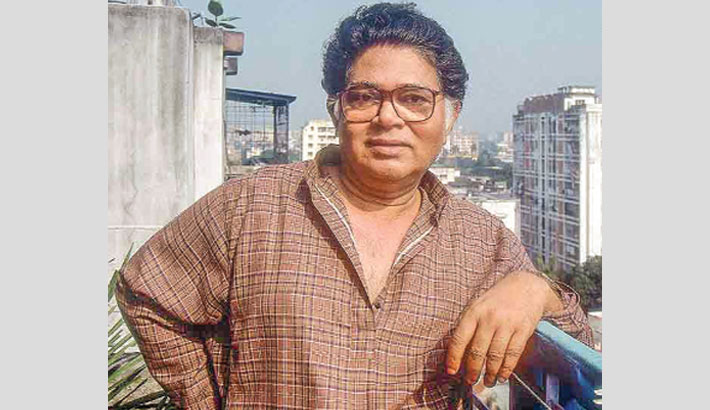 Today is the 82nd birth anniversary of Sunil Gangopadhyay, a legendary Bengali poet-novelist. To celebrate the day in a befiiting manner, different socio-cultural organisations have chalked out elaborate programmes across Bangladesh and West Bengal, India.
Besides, satellite television channels of both the countries will air a set of quality programmes to pay tributes to the legendary novelist. Sunil Gangopadhyay was born in Faridpur  on September 7, 1934. He studied at Surendranath College, Dum Dum Motijheel College, City College, Kolkata - all affiliated with the University of Calcutta.
Thereafter, he obtained his Master's degree in Bengali from the University of Calcutta in 1954.
He, with a few of his friends, launched a poetry magazine, namely Krittibas in 1953. Later on, he wrote for a number of publications.
Sunil created the Bangla fictional character Kakababu and wrote a series of novels on this character which became significant in Indian children's literature.
He received the Sahitya Akademi Award for his novel Those Days in 1985.   Sunil used the pen names Nil Lohit, Sanatan Pathak, and Nil Upadhyay. The prolific authour married Swati Bandopadhyay on 26 February, 1967. Their only son, Souvik, who stays in Boston, was born on 20 November, 1967.
His notable works are ‘Eka Ebong Koyekjon’, ‘Hathat Nirar Janya’, ‘Bhorbelar Upohar’, ‘Atmaprakash’, ‘Chhaya Darshon’, ‘Anyo Jiboner Swad’ and Kakababu Series’. Sunil Gangopadhyay died at his South Kolkata residence following a heart attack on 23 October in 2012 aged 78.