Will Brexit result in Bangladesh’s exit from EU market?

With 51.9% voting against 48.1%, the British citizens have decided to leave the European Union in a referendum held on 23rd June 2016. The currency rate has plummeted after such decision, with Taka rising against Great Britain Pound. The exchange rate a year back was 1 GBP = 122 BDT and has fallen to 1 GBP= 108 BDT. This has been termed to be the largest fall since 1985.  This will subsequently increase inflation and interest rates thereby reducing the expenditure capability of the British people. Bangladesh as one of the largest RMG suppliers is therefore likely to take a hit as clothing is the first and foremost sector where one may choose to minimise their expenses.
The campaigners for Britain’s exit from EU (‘Brexit’) mandated that the Indian sub-continent has a cultural and hereditary links with Britain and therefore the immigration policy for a skilled worker from this region should be much lenient than that of unskilled workers from Poland or Romania i.e. the EU countries. With Britain leaving the EU it is likely that they will have the control over immigration policy thereby allowing citizens of the Indian sub-continent to immigrate based on their qualifications rather than nationality. This has been evident by the fact that the Bangladeshi Caterer’s Association in UK has supported the Brexit campaign.
The fall in currency rates mean that expenses incurred by Bangladeshi students will be much bearable then the past. As there is currently a cap on the maximum tuition fees a British University can charge, this fees while converted to taka will be lesser amount than in the past. However such a prediction is plausible for the next 2 years during which the UK government negotiates their exit plan with the EU. What may come after that can be alarming as it has been reported that education export contributes £17.5 billion, which is also the second largest contributor to UK’s balance of payments and to maintain the similar contribution if not more, tuition fees may rise. In light of such development, prospective students may choose US and Canada over UK universities as they may have a better chance of employability unless the UK decides to start the post study visa which was stopped in 2012.
The EU has a close working relationship with Bangladesh as per the EU-Bangladesh Co-operation Agreement 2001. 12% of Bangladesh’s export is to EU countries which enjoys duty free quota, free access to the EU for exports of all products, except arms and ammunition. This results in MNC’s in UK to effectively utilise their delivery centres in Europe without incurring extra duties as UK enjoyed the provisions of free movement of goods. With UK deciding to leave EU, the goods from Bangladesh will have to be shipped directly to UK instead of Europe. This in turn may result in UK companies to look for much cost efficient alternative place of production (perhaps Europe!) due to the freight and shipping costs.  Besides, it is also to be kept in mind that Bangladesh’s export may suffer due to the varying regulations in UK and Europe and complying with the dual set of regulations may hamper the existing benefit of Goods in Free Circulation. This principle states that goods freely circulated in a European country should be allowed to be freely marketed in the others.  With the exit, such principle shall no longer apply, thereby imposing a dual burden of compliance on Bangladeshi producers.
With David Cameron announcing an exit from 10 Downing Street in October, much of Bangladesh’s fate depends on how Britain next adopts its policy. This will depend on the PM position with the stakes currently in favour of Boris Johnson, who headed the Brexit campaign. Boris has already been in headlines for his dog whistle racism public remarks like “Barack Obama’s “part-Kenyan” heritage had driven him towards anti-British sentiment.”  Much therefore depends on how the 10 Downing Street negotiates its exit, the results of which can be evident in the coming 2 years. 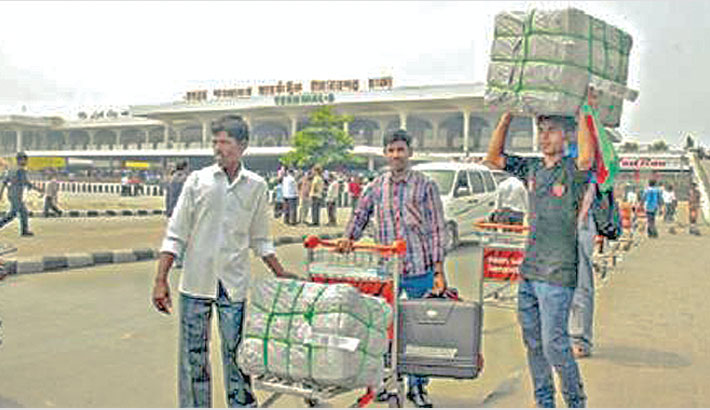 Expatriate taxation and tax cell at airport: Help or hindrance?