Arastoo Khan, Chairman, Board of Directors of Bangladesh Commerce Bank Limited, inaugurates a new branch of the bank at Taanbazar in Narayanganj on Monday. 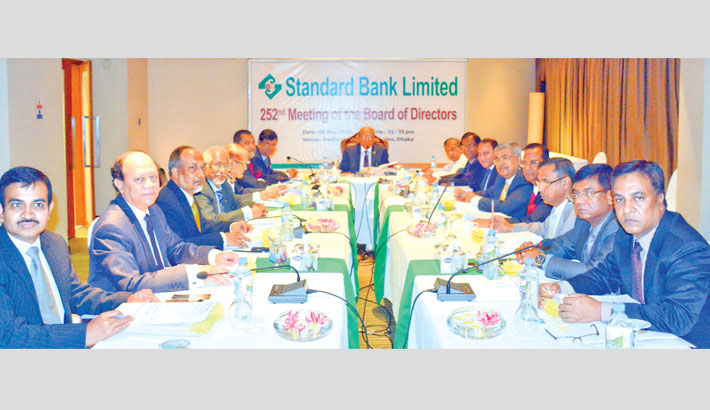 Kazi Akram Uddin Ahmed, Chairman of the Board of Directors of Standard Bank Limited, presides over the 252nd board meeting of the bank at a hotel in the capital on Monday. 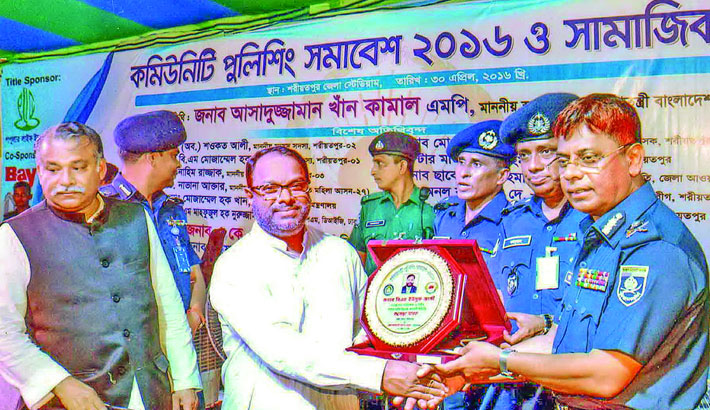 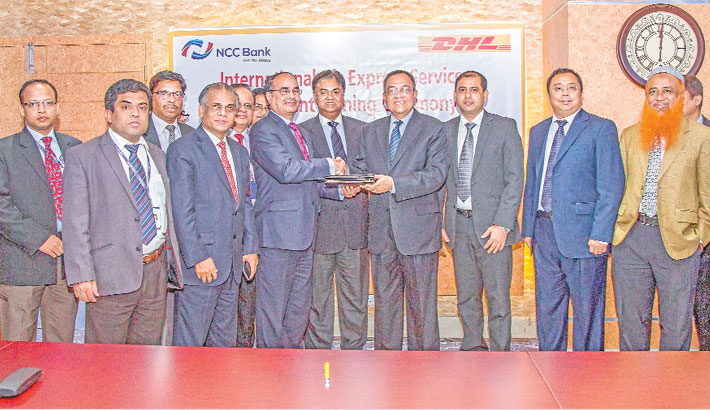 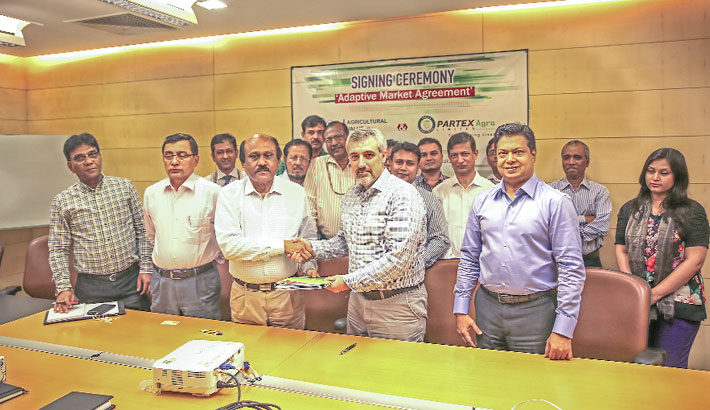 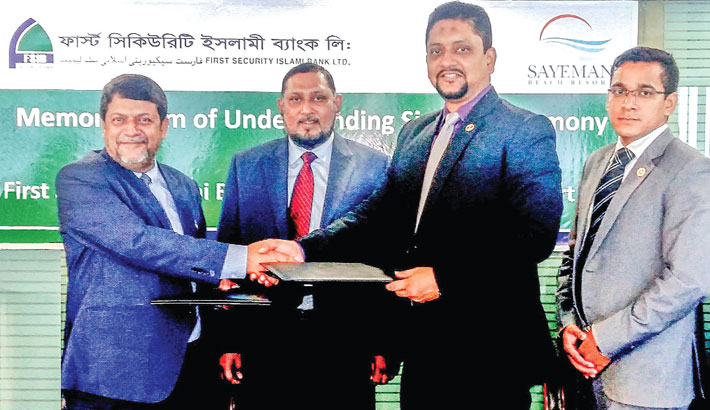 Azam Khan, Head of Marketing and Development Division of First Security Islami Bank Limited, and Mohammad Imran Humayun Khan, Head of Sales and Marketing of Sayeman Beach Resort Limited, exchange documents after signing a corporate agreement for hospitality services at a function in the capital recently. 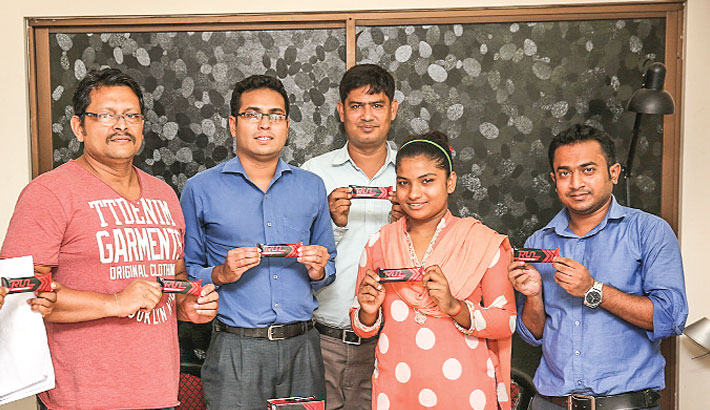 Weightlifter Mabia Akter Simanta poses for photograph after signing a deal with RRAN Agro Limited for a television commercial in Dhaka on Sunday. 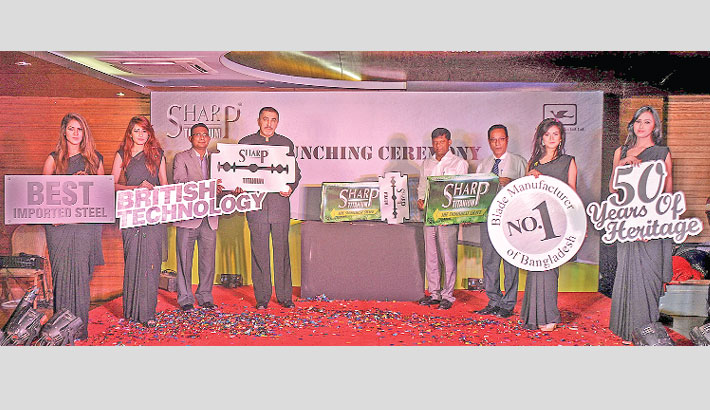 Senior officials of Samah Razor Blades Industries Limited (SRBIL) pose for photograph at the launching ceremony of “Sharp Titanium Blade” at a hotel in the capital on Tuesday. 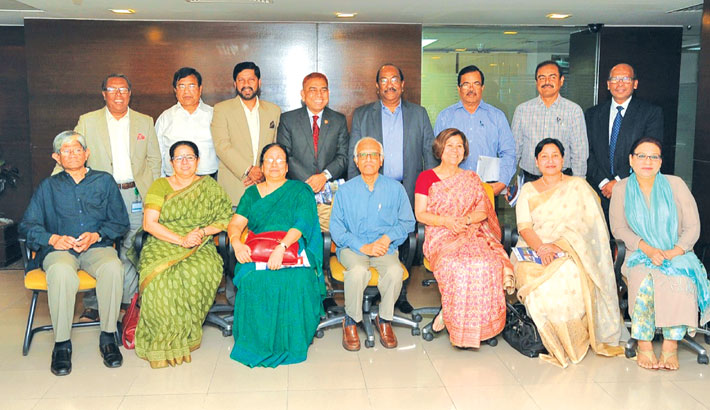 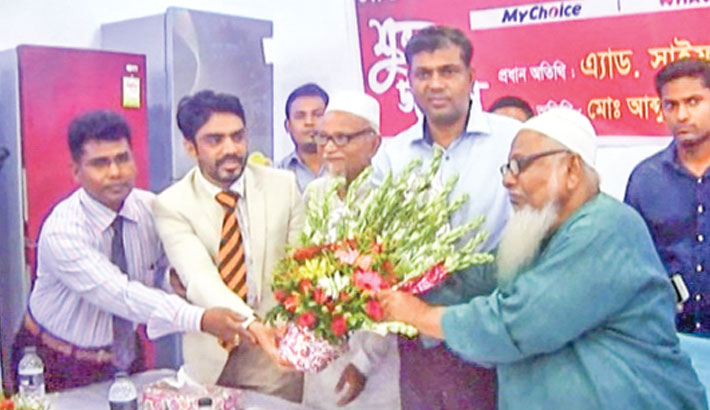 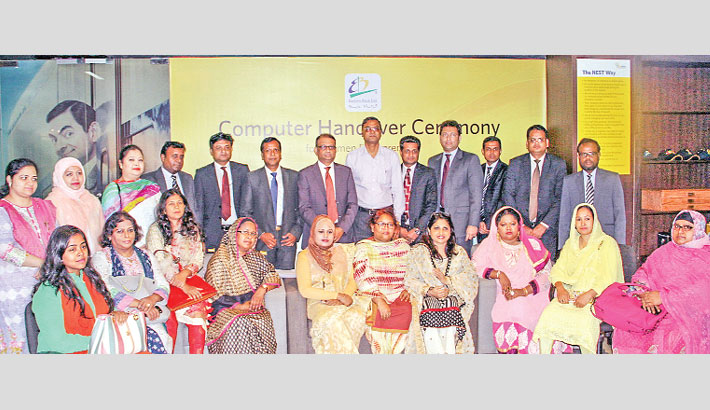 Ali Reza Iftekhar, Managing Director and CEO of Eastern Bank, Swapan Kumar Roy, General Manager SME and SPED of Bangladesh Bank, are seen at the computer handing over ceremony organized by the bank at ‘EBL Nest’ in Dhaka on Monday. The bank donated 10 computers to the successful women entrepreneur of different parts of the country.