I feel like I’m in love right now: Maisie Williams 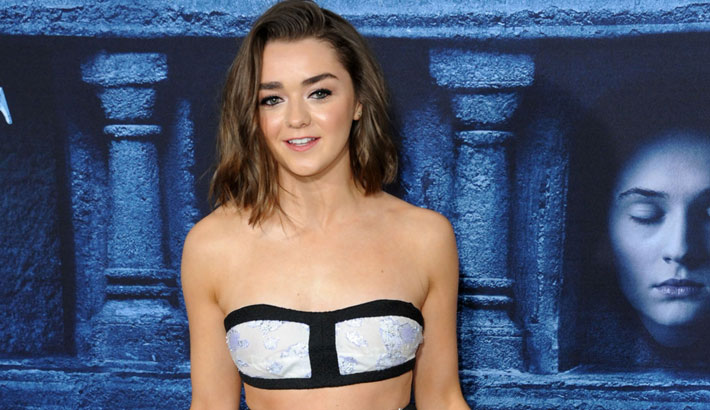 Maisie Williams feels like she's "in love" with her boyfriend. The Game of Thrones actress revealed in March (16) that she had been dating a boy she met at school for more than a year and it was getting serious. While she admits she has deep feelings for him, she isn't sure the relationship will change her anti-marriage stance.
"He's really sweet," she told NYLON magazine.
"I feel like I'm in love right now, but I don't know what I am going to feel like down the line. That's why I am kind of closed-minded about marriage - I don't even know if I want to get married."
Maisie had previously told Vulture in 2014 that she would "never" get married because her parents separated when she young and she witnessed how stressful it was. She is also convinced it's "extremely pointless", makes it harder to leave a partner and she would rather not feel "trapped".
During the candid NYLON interview, Maisie continued to say she identified with what Divergent star Shailene Woodley said about labelling people's sexuality.
"I've never sat up and thought about my sexuality for hours," Maisie said. "It's like what Shailene Woodley said: 'I fall in love with personalities and not people or genders.' I have no problem with anyone who would want to be labeled, but I also think that it is no one's business."
She also revealed she has given up trying to come across perfect because it is "disheartening", and she no longer has a problem saying no to fans wanting pictures or autographs.
"I used to (present) a version of myself that was very clean and neat, and then I thought, 'What's the point?'  That's the worst role model to be - to be someone else," she sighed.    —Contactmusic