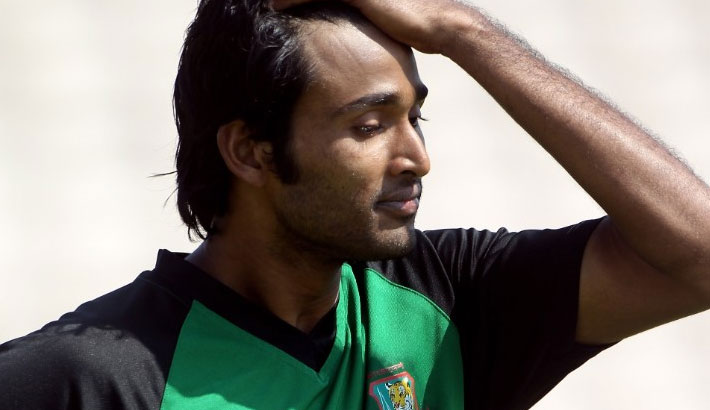 The Bangladesh Cricket Board’s disciplinary committee has turned down Shahadat Hossain’s appeal to play in this season’s Dhaka Premier Division Cricket League.
Shahadat was temporarily suspended by the BCB in September 2015 after the Dhaka police registered a case against him and his wife on charges of assaulting their housemaid under the Women and Children Repression Prevention Act. They were arrested on October 5, but were later granted bail in December.
ESPNcricinfo has learned from some of the board’s policy-makers that many in the BCB were not keen on revoking Shahadat’s suspension until he was cleared by the court, as they felt that it would set a bad precedent.
Shahadat was initially kept in the B+ category in the Dhaka Premier League’s roster subject to BCB’s withdrawal of the suspension. On Saturday, AJM Nasir Uddin, the disciplinary committee chairman, confirmed that Shahadat’s suspension stood unless the court dismissed the case.
“Shahadat Hossain had made an appeal, but we couldn’t take it because of some legal complications,” Nasir said. “His appeal stated that he had settled with the plaintiff. He presented to us a court direction which says that charges are pending in this case. It also said that the court’s decision is needless in regard to whether Shahadat should be allowed to play in the Dhaka Premier League or not.
“As a result, we can’t consider this matter at this time. If the court had given a more clear-cut directive or it received his settlement with the plaintiff, we could have considered him. So we will wait for court’s further directive in this matter.”
On Saturday morning, Shahadat turned up at the National Cricket Academy in Mirpur for training with his club Mohammaden Sporting, and was confident of the BCB withdrawing his suspension.