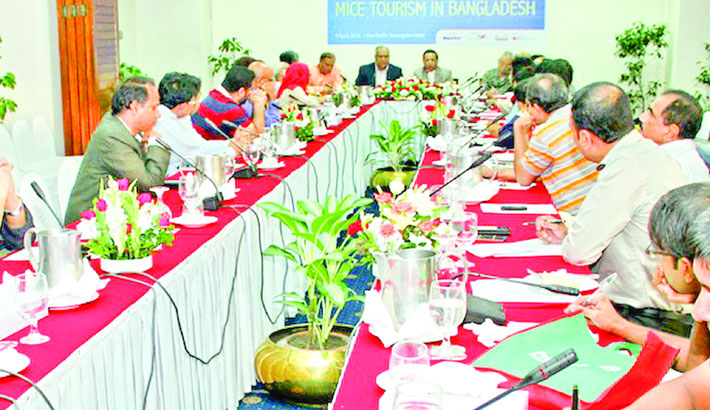 Speakers seen at a recent roundtable conference on ‘MICE tourism in Bangladesh’ held at Pan Pacific Sonargaon Hotel in the city. The roundtable was organised on the sideline of a four-day tourism fair styled “Novoair Dhaka Travel Mart-2016”.

The government of Bangladesh has announced 2016 as tourism year. But the stakeholders expressed frustration that the target would not be achieved as no visible action has yet been taken. The private sector alone is promoting the tourism sector by familiarising its tourism products before the world. They hope, the government will pay due
attention to get this huge task done. Speakers made the remarks at a recent roundtable on ‘MICE tourism in Bangladesh’ held in
Dhaka 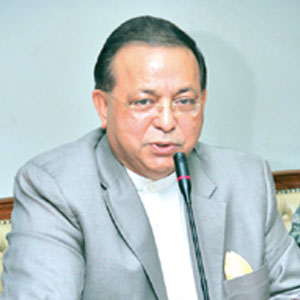 Abdul Matlub Ahmad said, despite having huge potential, the country’s tourism still remains in the primary level due to lack of proper government support.
Seeking concerted effort for booming this sector he said all the stakeholders have to come in the same platform having a specific vision.
Pointing to the private sector, he said, “Don’t depend on the government, rather create a strong body including all private sector stakeholders for developing the tourism sector as well as boosting the tourism business.”
FBCCI president said, though MICE (Meetings, Incentives, Conventions and Exhibitions) tourism is a new concept in Bangladesh, but the country is doing MICE tourism in an unorganised way. The prospect of MICE tourism should be utilised.
“We are working without having proper plans and even we don’t have a policy. Whatever the efforts are on, we believe that this is one of the best possible sectors to explore”, he said.
Though the government has announced 2016 as tourism year but there is no difference with the previous year and nothing is visible, he blamed.
Asking the private sector to come up with the specific proposals for developing this sector, he said that the government will definitely pay heed as this is the big service.
“We have lots of assets. We have to go ahead by overcoming the shortfall”, he said.
He also said that FBCCI is ready to extend its all-out support for the development of the country’s tourism sector and they are cordial to work on this direction. 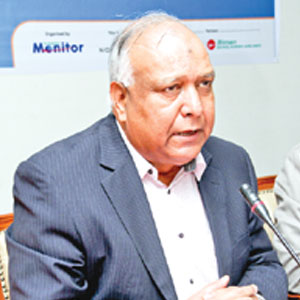 Wahidul Alam said that the country’s private sector alone is promoting the tourism sector, and familiarizing the tourism products before the world.
“What we achieve today in this sector, all was possible because of private sectors’ endeavor. Private sector is continuously marketing and promoting the tourism sector over the last two decades”, he said.
Giving example of Sri-Lanka, Wahid said that they are earning huge amount of money from MICE tourism. The Sri Lankan government has allocated $4 billion for constructing a convention hall to augment the MICE tourism.
Pledging to continue their efforts in boosting tourism industry, he said that they are working to make MICE tourism familiar in the country.
“We are working to familiar MICE tourism in the country through organising discussions, conference, fairs and exhibitions”, he said.
Though it is the responsibility of the government to conduct marketing and promotion of the MICE tourism, it is the private sector that has to perform the task, he said.
He also said that there is a lack of coordination with the concerned authorities. 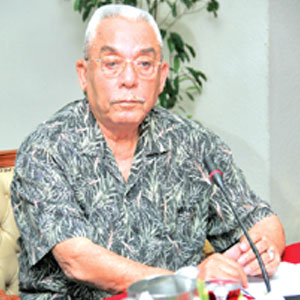 Chief Editor
The Bangladesh Monitor
Bangladesh has created a demand for organising more conventions and business-2-business trade exhibitions thus giving a great boost to MICE tourism.
Lauding Bangladesh for having the best combination of sightseeing for a MICE traveller, Siddiqi said there are lots of sights ranging from the green rain forests to historical places and monuments, green mountains with tribal people alongside the beautiful destinations.
Citing a study he said that annual growth rate in tourist arrival in Bangladesh would go beyond 1.4 million by 2020 as Bangladesh can become a single country destination like Malaysia, Maldives and Singapore.
About drawback in Bangladesh, he said it is prohibitive cost of venues as it costlier comparing the neighboring countries.
Explaining a set of challenges for MICE tourism in Bangladesh, he suggested building image as MICE destination, taking measures to tackle lack of awareness about MICE and its benefits and create proper regulatory framework. 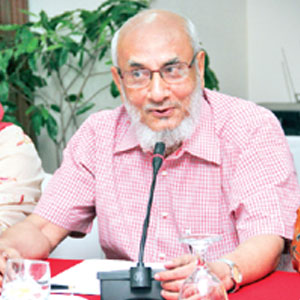 CEO, Tiger Tours
MuYEED Chowdhury said the term MICE tourism still remains in a corner side in the country but the good news is that efforts are on.
Explaining obstacles for a foreign tourist while visiting Bangladesh, Muhith Chowdhury said that foreign tourists still have to face visa barriers while they intend to visit Bangladesh.
“But to make MICE tourism popular in the country, we have to ease the visa barriers. The other things like facilities, price will not big factor for this kind of tourism”, he said.
The country does not have the capacity of arranging big event for 2 more than 2000 people, but the government can work to arrange small international events in Bangladesh, he said.
He also said that multi-types of initiatives have to be taken to earn revenue from this sector. Effort must be start right now then we will reach a satisfactory level. 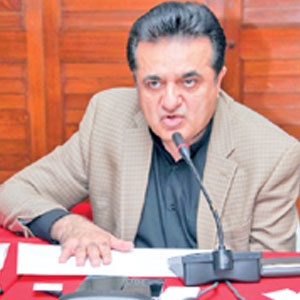 General Manager,
Bangladesh part
Etihad Airlines
MICE tourism concept has now changed and it is very much known as business leisure market everywhere in the world.
Image building is the key, he said adding that image building and branding of Bangladesh is very much needed for MICE tourism. Media can play the master role in this regard.
This market still remains totally unexplored but it is the undiscovered gem of South Asia. The most important is domestic tourism. First we have to develop domestic tourism as most of the countries begin their journey with the domestic tourism.
“The almighty has given us huge resources but we could not capitalise it yet. Look, Maldives has nothing but water or coconut trees and Sri Lanka is also the same. You can see what they have made out of it”, he said.
“We have to build up small events, small conferences. There is lot of companies which are holding events that we should build up right now,” he continued.
“Too many hotels are coming up, airlines are developing which is a very good sign but there is no alternative to grow up the youngsters. Aviation management is also missing here,” he said.
While 25 universities and institutions are providing education on aviation management globally, the number in Bangladesh is zero, he continued. 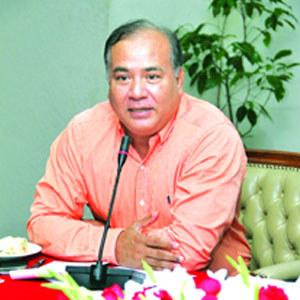 Managing Director
NOVOAIR
NOVOAIR Managing Director said that Cox’s Bazar has already been recognised as a perfect destination for MICE tourism.
“Lots of corporate events are taking place in Cox’s Bazar. Sylhet is also developing and it should be expanded by not limiting within Dhaka city”, he said.
Giving example of Visa barrier, he said that a foreigner who wants to visit Bangladesh still faces Visa barriers and this should be removed.
He also said that positive branding of Bangladesh is needed to popularise the MICE.
“We have to set big target for receiving more tourists from abroad. The dream should be made bigger”, he said. 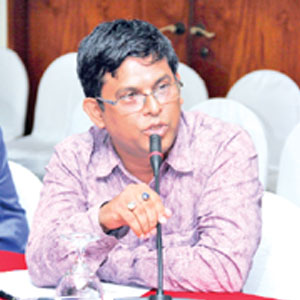 Editor, Parjatan Bichittra
Though the term MICE is not familiar in the country, Mohiuddin Helal said that Bangladesh is holding small kinds of MICE round the year.
He said that huge numbers of foreigners visit Bangladesh every year but the country is yet to develop short trip centering the capital Dhaka.
“Many foreigners come to Bangladesh for a short period of time and want to explore the city. In this regard, we could not explore the short trip destinations till now”, he said.
The writer also said that everywhere a pre or post-trip is designed with every conference or conventions.
“If we are able to develop the pre and post-trip during the conference or meeting or convention, we will gain profit and make popular MICE tourism in the country”, he suggested.
Relation and cooperation between the tour operators and hotels should be strengthened to explore the opportunity, he said.
He also suggested for working together in finding the ways on how Bangladesh could hold international conference in Bangladesh so that the MICE tourism can explore its prospect. 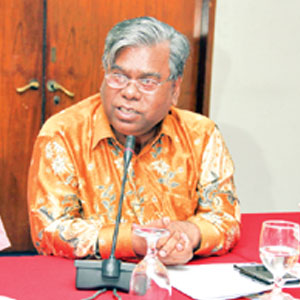 Management consultant and
a renowned Rotarian
Shawkat Hossain said that Bangladesh does not have the capacity to arrange international events till now although the foreign groups are continuously looking for new destinations for conferences and meetings.
Mentioning of not having a single comprehensive venue in the country, this top Rotarian said that Bangladesh yet to develop a single venue that capable of holding a comprehensive venue till now.
A large number of Bangladeshi go abroad every year as part of MICE but could not organize the event due to the absence of comprehensive venue, he said.
Blaming the hotels or resorts owner for not consulting with the consumer or customer, he said that not a single hotel, conventions or resorts maker do not consult with the experts, customers or users. Even they do not know the requirement.
Shawkat Hossain also said that high cost and tax are the main constraints for the MICE in the country and that’s why the present venues remain under utilized. 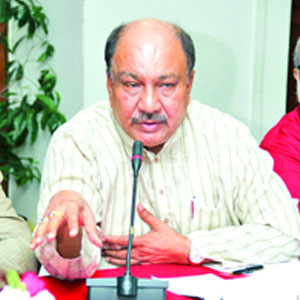 Managing Director, Tour
Planners
This expert said that the ingredients that needed for the MICE is totally absent here in Bangladesh. He also said that the initiatives should come up from the private sector.
About the academic side of MICE, Farid said that a training institute is needed only targeting MICE and with this the country will be benefited.
Stressing the need for the better service, he said that foreigners want better services and they will keep continue coming if they get better service. Expressing concern over double taxation in terms of VAT, he said that it is big concern for the sector. Destinations for MICE have been changed cyclically and everyone is searching for new destinations and venues round the world.
“It is possible to make Bangladesh a good destination for MICE and for that the private sector has to play the key role”, he said. 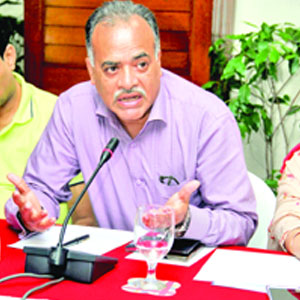 Managing Director, Wonder Ways
Mentioning that MICE is a big concept, Golam Kadir said that visiting Bangladesh is still costlier. “Transportation cost is a vital issue for exploring MICE in the country that should be addressed properly right now”, he said.
He also said that Dhaka is not ready for holding any kind of MICE programme while the country should target some other destinations like Cox’s Bazar.
He also said that Bangladesh has huge potential and it is high time to start to utilise the prospect of this sector.
Urging the concerned authorities to reduce the cost, he said that without reducing cost and tax, the sector will not grow further.