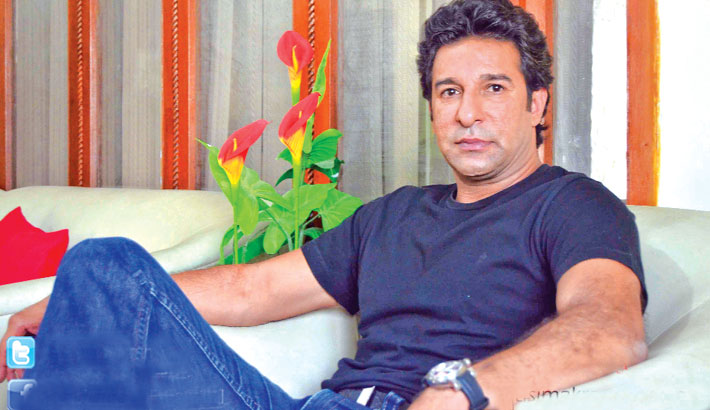 Wasim Akram, the former Pakistan captain, had a live shoot for an Indian news channel interrupted on Sunday night in Mumbai. The incident occurred when one man in the locality where the show was being filmed objected to it being shot there, an employee of the Hindi news channel, Aaj Tak, who was present at the scene, told ESPNcricinfo. Only that one man was involved in the incident, and there was no heckling of Akram, or any physical harm to him, the employee said.
The show, shot soon after the India v Australia game, featured Akram in an outdoor setting in a street in Lower Parel, a central Mumbai neighbourhood. Akram, a regular on Indian television both as commentator and cricket analyst, was speaking when the man entered the camera frame and appeared to grab the camera before the footage was switched away from the scene and back to the studio in Delhi. The programme’s anchor, cricket reporter Vikrant Gupta, appeared to be taken by surprise by the incident and was unable at the time to explain what had happened.
Later, he tweeted: Friends no need to panic. Nothing wrong with @wasimakramlive - a few people just objected to the cameras there. That’s it.
ESPNcricinfo was able to confirm that the same man similarly disrupted the shoot of another TV channel, ABP news, which was being carried out next to the Aaj Tak set-up. Former India spinner Murali Kartik was the cricket expert on that show.