What went wrong for South Africa? 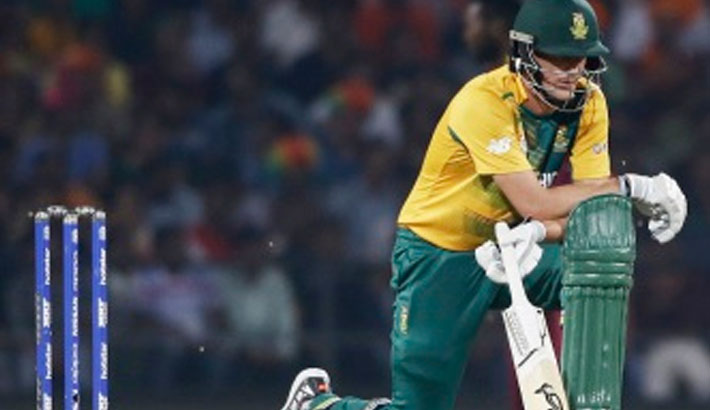 If you feel like you’ve read this story before, you probably have. Apologies in advance that, yet again, you have to endure an analysis of a South African failure in their quest for major-tournament glory.
This time, they’ve stumbled before the real hurdles and are out of contention with a game to play. For a side that, according to the captain, had “all the bases covered” before the tournament, to have plundered those depths indicates that something went very, very wrong.

The debate dominating the build-up was who South Africa would choose to partner AB de Villiers at the top, not whether de Villiers would remain in the opening berth or not, which led many to believe de Villiers would stay there. He was promoted when Quinton de Kock lost form and was dropped for the India series, and then played in that role in the Australia series. Even when de Kock regained his touch and Hashim Amla made a case for his own inclusion with a string of strong scores, du Plessis was adamant that de Villiers’ position was fixed.

Not changing the plan

In India, spin is a primary weapon and should be brought out early. Other teams use their spinners to open the bowling; South Africa insist on keeping Imran Tahir for after the Powerplay.

The signs that the bowlers needed to tighten up were there during the Australia series, when South Africa lost the second match after failing to defend 204. They sent down eight wides and two no-balls then, and du Plessis asked for their basics to be better.

After searching for a two-in-one player for almost two years since Jacques Kallis’ limited-overs retirement in 2014, South Africa were so delighted they found two that they insisted on playing Chris Morris and David Wiese together. To better balance a South African XI, there is actually only space for one of them, which would have created room for another batsman, something that was needed in Nagpur, or a front-line seamer.

Injuries and other oddities

It seems unfair to pin this on South Africa because it is out of their control, but this factor could have been dealt with better. While there was nothing they could do about the hamstring niggle that kept JP Duminy out of the West Indies game, which was a setback but should not have been a tournament-ending one, they could have handled Dale Steyn‘s selection differently.